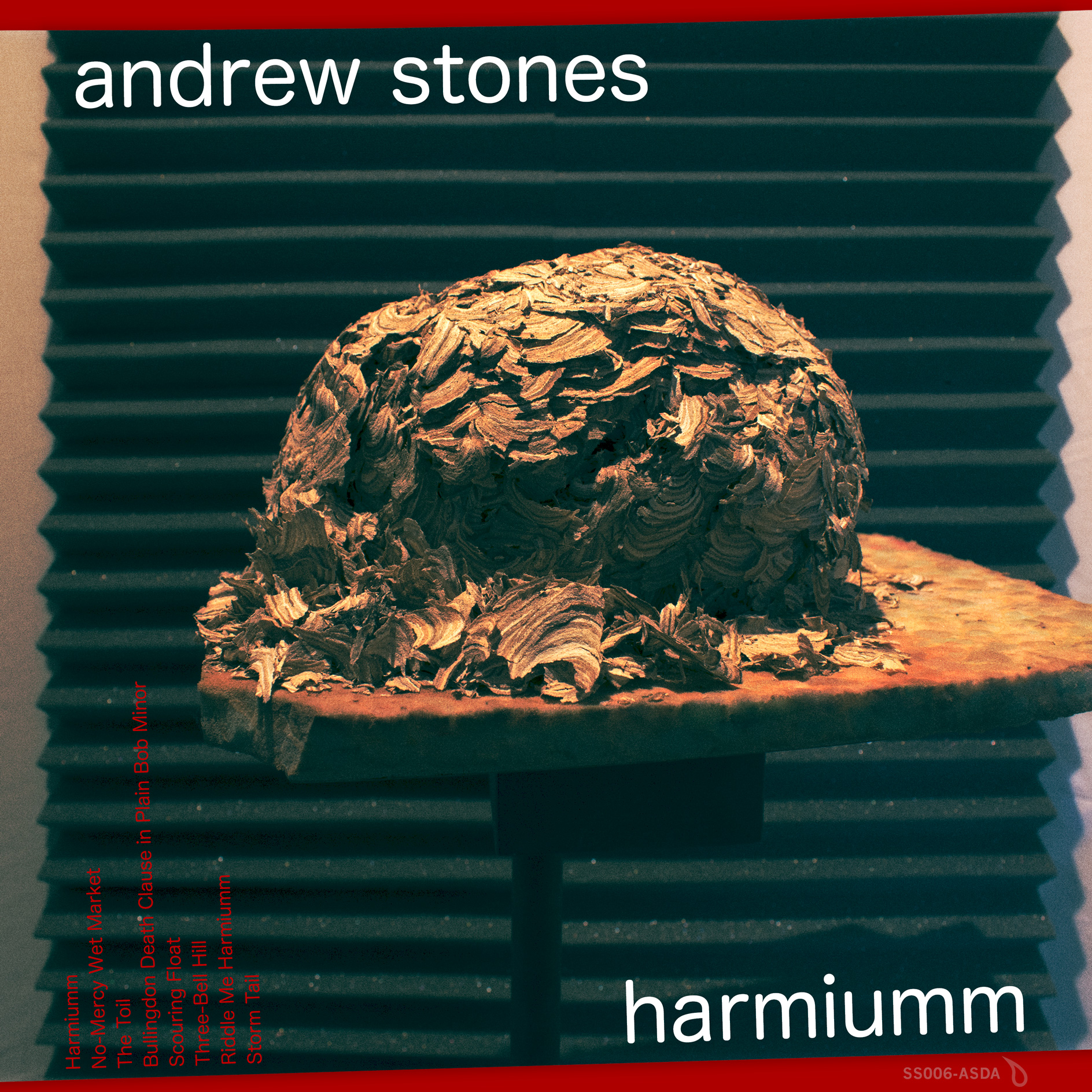 Harmiumm is a personal, emotionally-driven work combining music with news-media clips, political rhetoric and commentary collected in the UK between 2019 and 2021, during the coronavirus (COVID-19) pandemic lock-downs.

The album draws on an Anglo-European cultural imaginary, proposing a dark, satirical poetic suited to the ironies of a 21st-century riven by deep crises, and a Britain mired in regressive nostalgia.

In Harmiumm, Media clips and field recordings, sample instruments, and the artist's own voice, are used in arrangements suggestive of church and marching-band music, noise art, film soundtrack, and folk song.

Real and imaginary figures rise from a sound world of pipes and reeds, insistent percussion, human, animal and machine noise.

Bullingdon Death Clause... starts with a controversial moment in which the UK Prime Minister extols the virtues of 'buying and selling' in the face of an encroaching pandemic. As though ingested into a clockwork music box, the PM's statement is serially rearranged according to the change-ringing method 'Plain Bob Minor'. The result is a semi-tuneful, nonsense rhetoric that survives a period of aural chaos before running aground, unresolved, in a melancholy drone.

In Scouring Float a crier accompanies a brassy street parade of ambiguous purpose. The protagonist of Riddle Me Harmiumm is a malevolent, folkish character who chants and sings of the flawed nature of everything, from microscopic life forms to human bodies, ideas, institutions, and societies.

Despite its dark tone Harmiumm ends somewhat redemptively with Storm Tail, in which a crooked air for piano emerges from a squall of noise and city rain. 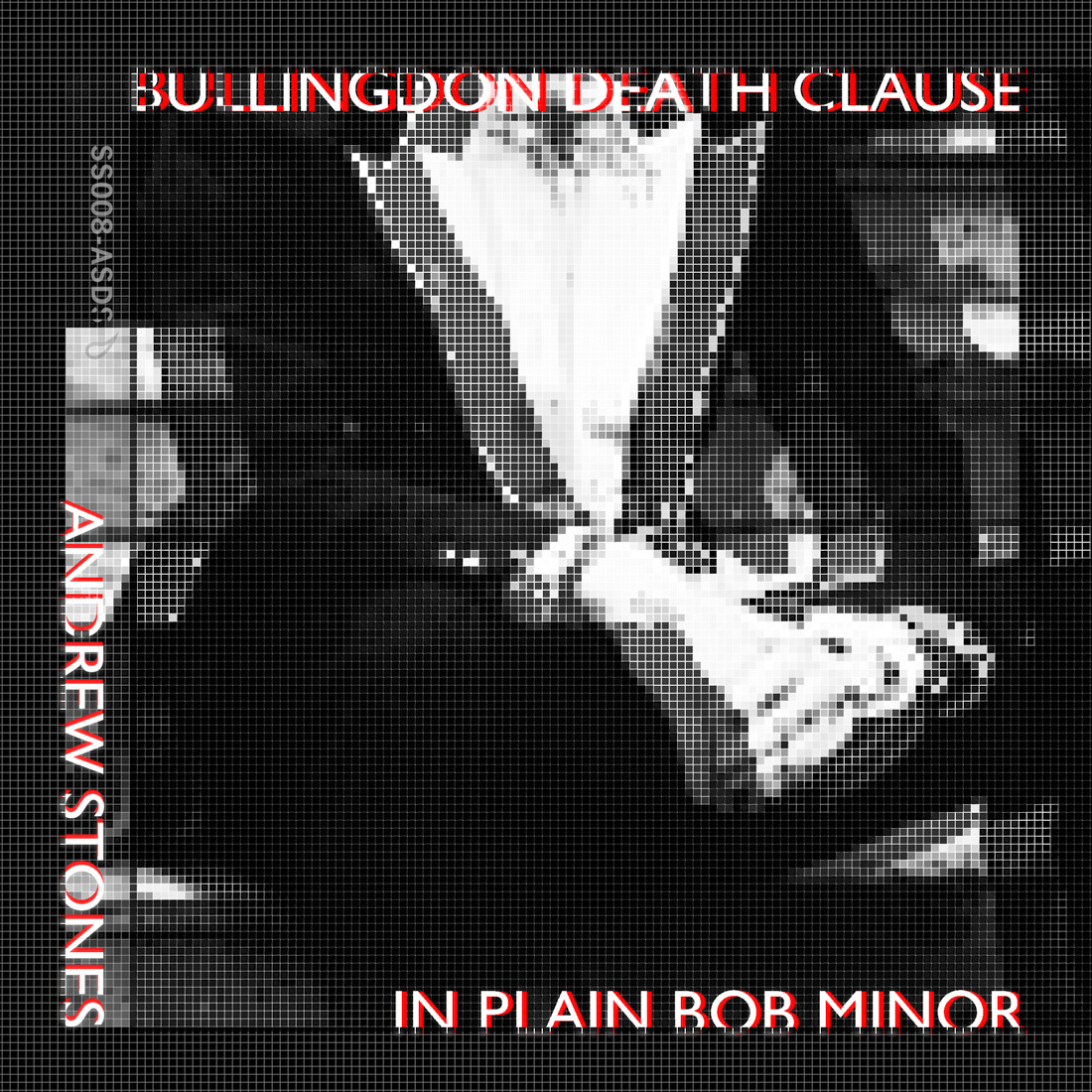 The track starts with the voice of the UK Prime Minister speaking in 2020, extolling the virtues of 'buying and selling' in the face of an encroaching pandemic. The phrase is seemingly ingested into a clockwork device that mangles it, systematically, according to the change-ringing method Plain Bob Minor. The result is a semi-tuneful, nonsense rhetoric that survives a period of aural chaos (called up by a hectoring House Whip*) before running aground in a melancholy drone.

*The Whip is 'Rowntree', played by Robert Swann for the 1968 film If.... Lindsay Anderson's satire on the English class system as perpetuated via a boys' public school.

From the album Harmiumm, see above. 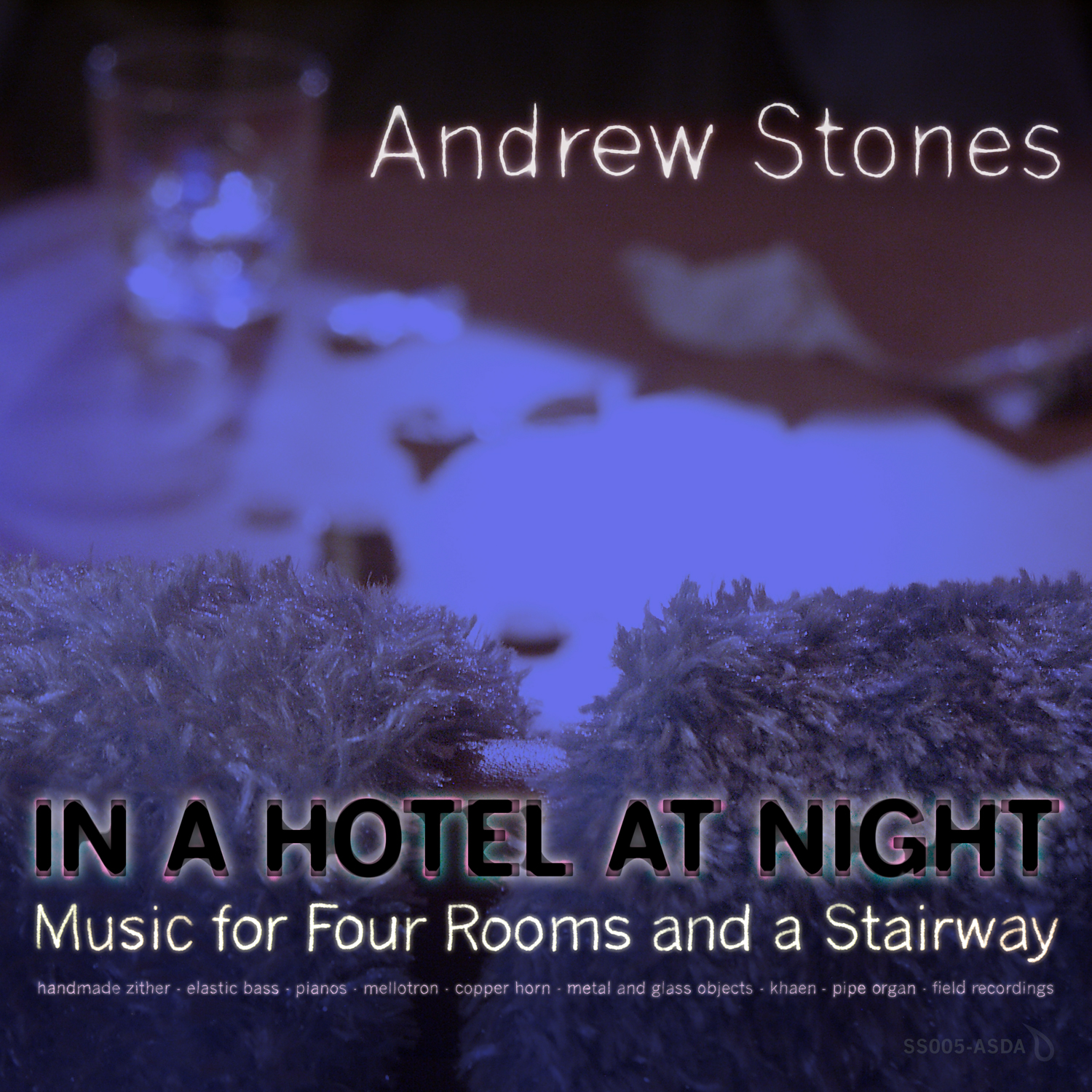 Mixes from a multi-channel musical installation for playback in four separate rooms, on consecutive floors, connected by a stairway.

The installation is for a publicly-accessible building, but was developed during a period of COVID-19 lockdown (2020-21). The version created for this album centres on the idea of a hotel, depopulated due to a hiatus in social activity.

Interlocking rhythmic loops emanate from the bottom and top of a stairway connecting four levels. In one room on each level a discrete musical loop plays, audible in relative isolation at the centre of the room, but also bleeding into the stairway. The overall sound in the building increases and decreases in density, bound by a constant pulse. Individual parts circle around each other without falling into a set relationship or coming to rest.

In installation, the visitor mixes the work subjectively by moving around the building. The track In a Hotel at Night, from Cellar to Sky simulates a traverse up the building, taking in all five spaces. 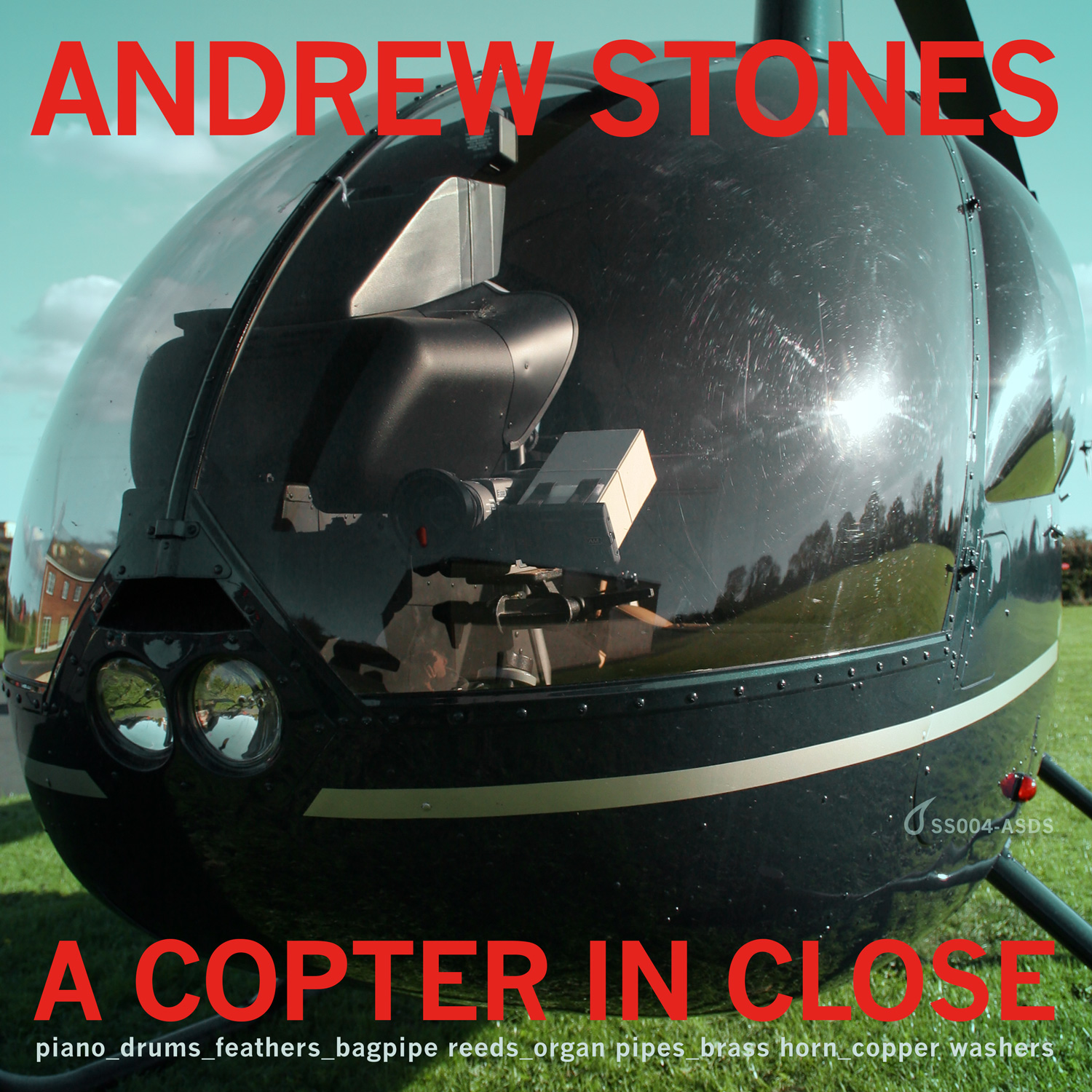 Inspired by the sensation of flying in a small helicopter, or watching a helicopter pass whilst remaining "tied to the ground".

Based on a repeating rhythmic motif made with feathers, and taken up by piano, drums, and other percussion. Overlayered with a chorus of doppler-shifted metal horns, organ pipes and bagpipe reeds.

The title is from the apocalyptic spoken-word piece ‘The Thousandth And Tenth Day Of The Human Totem Pole’ by Captain Beefheart:

[...] The pole was a horrible looking thing / With all of those eyes and ears / And waving hands for balance / There was no way to get a copter in close / So everybody was starving together [...] 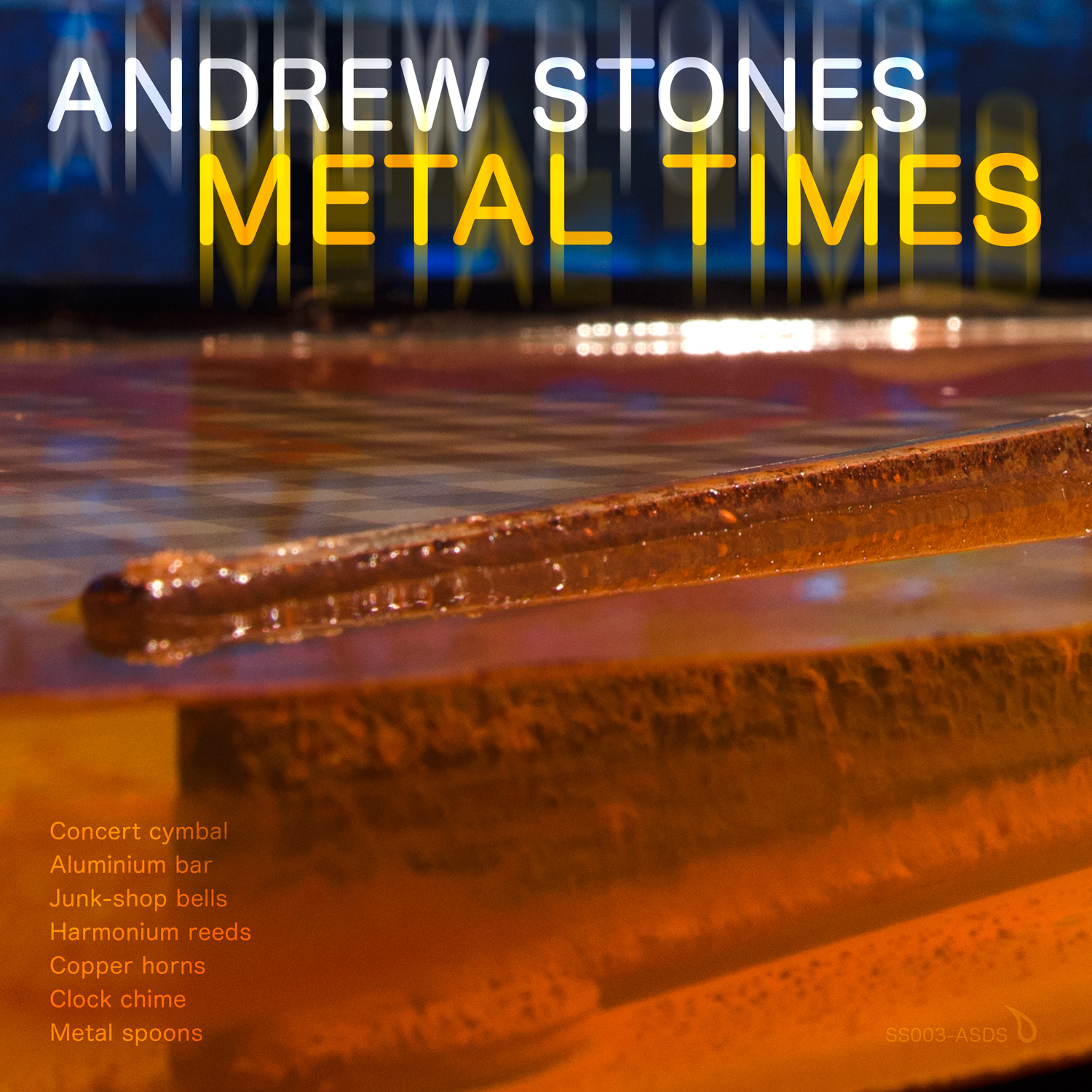 Made using only metal objects, both manually played and mechanically actuated. A percussive array (dicing time into myriad segments) gradually gives way to a chorus of continuously-shifting metallic drones, (seeming not to mark time at all).

Composed as one extended transition, the work presents a sound field in which intricate details are gradually subsumed, suggestive of compound structures breaking down into more elemental matter.